“I wouldn’t have even considered myself a winter person when I moved here,” says Devin Knopf, Revelstoke Mountain Resort’s bright-eyed guest services manager. Devin came into the ski industry differently, rolling in on two wheels. An obsessed mountain biker since his youth, it was the summers that first brought him to B.C. from his hometown of Kenora, Ontario. But just as RMR’s changed the lives of just about anybody who’s worked there, it’s likewise had a transformative effect on the once-sleepy town it’s planted in.

Skiing and ski resorts have long been vital to the B.C. economy, where tourism is bigger than any other single sector. But what hasn’t always been easy is making a year-round living at resorts that earn the bulk of their revenue over only four months (between December and April). But all that’s changing as they embrace the summer and move to year-round operations in a diversifying tourism economy.

Almost a 20-year veteran of the industry, Devin got his start at Sun Peaks Resort’s mountain bike park, in nearby Kamloops, right out of university, where he worked for 10 years putting on events seasonally. When he eventually gave that up to move to Revelstoke and work for RMR in his current full-time role, it was admittedly a compromise on his summer love. But the mountain easily won him over once he found it had the longest vertical drop in North America (1,713 metres, 5,620 feet) and some of the deepest snow. Still, something was missing.

But only until a couple short years later, when RMR finally dipped its toes into the summer market by opening its Pipe Mountain Coaster. It was wildly successful, so shortly thereafter an aerial adventure park followed, then a network of hiking trails, and then—you guessed it—a mountain bike park in 2019.

“When I moved here it was always a dream, but having a bike park was something that seemed like it was never going to happen,” Devin recalls. “And all of the sudden, a few years later, we built one! A lot of it has to do with the increase in summer business as a whole, the Pipe Mountain Coaster being one of the attractions, then there are the other things getting really good traction and momentum.”

Summer visits have been steadily growing as a result, right along with winter’s. What that means is RMR doesn’t just offer a way to make a few bucks to pass the season as a ski bum anymore, but a way to build a full life.

“Pretty much all of us here, our careers started the same way,” Devin says. “It was supposed to be one winter as a lifty, and all of the sudden here we are 20 years later. It’s full-time, year-round, and there are a lot of us up here. It takes hundreds of people to run the resort December to April, so you certainly need those seasonal employees, and a lot of them are not looking for more, but for a lot of us, we’ve been able to make a career out of this.”

Today, RMR is one of the biggest employers in Revelstoke, with 500 staff in in the winter and about 250 in the summer. That includes loads of managers, like Devin, for departments ranging from marketing, to safety, to operations and food-and-beverage. Then there are a good number of tradespeople and professionals, too. Like millwrights and avalanche forecasters.

For employees who are apprentices in the trades, RMR will pay full school tuition and a living allowance while they train, and will regularly pay to update courses. The resort will also annually send team members to industry conferences and training seminars. That goes for safety staff, too, whom—once in the fold of the resort—also get help pursuing new certificates and training: like avalanche-control blasting tickets. There are even seasonal gear allowances. But what’s probably more appealing are the ride breaks most employees get to enjoy.

Especially during the COVID-19 pandemic, RMR’s commitment to its staff has been a huge boost to the Revelstoke community in terms of getting people back to work. To do so, the resort implemented a robust sanitation program called Pure Clean. The new measures to protect staff and customers include “physical distancing, reduced lift capacity, frequent disinfection of gondola cabins, reduced seating in restaurants and dining areas, elimination of touch points, and daily staff temperature checks.”

All staff are wearing masks, virtual queuing lets guests hold spots in line without actually being there and plexiglass keeps front-line workers and customers safely divided. And, for now, it’s working. There’s life in the plaza again, and smiles all over the mountain.

But the resort’s also doubled down on its longer-standing promise to the community by following through with Phase 2 of its development master plan, despite the economic challenges of the moment. That’s included breaking ground on a new hotel and a golf course that will see even more people employed, and yet more tourists for all businesses to work with.

“During these unprecedented times, we are pleased to see the continued investment in our community by Revelstoke Mountain Resort,” Mayor Gary Sulz said upon the announcement. “The resort is a key foundation to our tourism industry and local economy supporting local jobs and economic growth.”

And while Revelstoke on the whole adjusts the right amount of busyness at a time when it needs to be carefully metered, so far it’s going well. In the long these investments are helping make the town more livable and viable for an entire generation of young people. Not to mention more fun.

“The first year I did ticket sales, there wasn’t a need for anyone else here other than me,” Devin recalls. “And now there are six people around me to deal with ticket sales for mountain biking and skiing and the coaster and everything else between. COVID has created a hiccup for every resort, but I still think if you’re going to work in the ski industry right now, RMR is one of the fastest moving, fastest growing, most exciting places to be.” 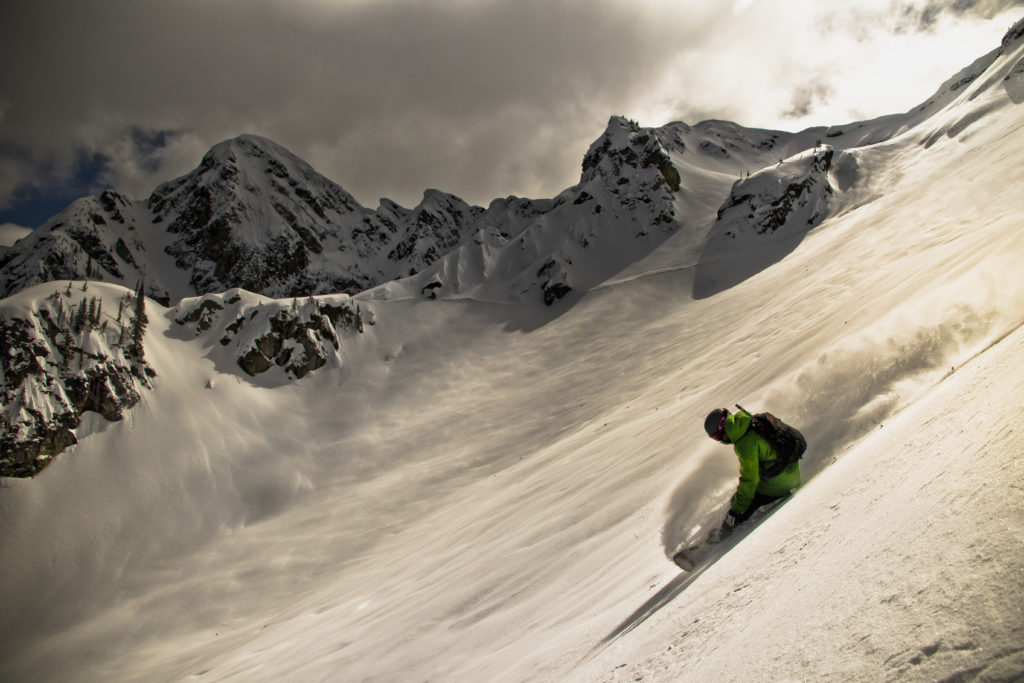 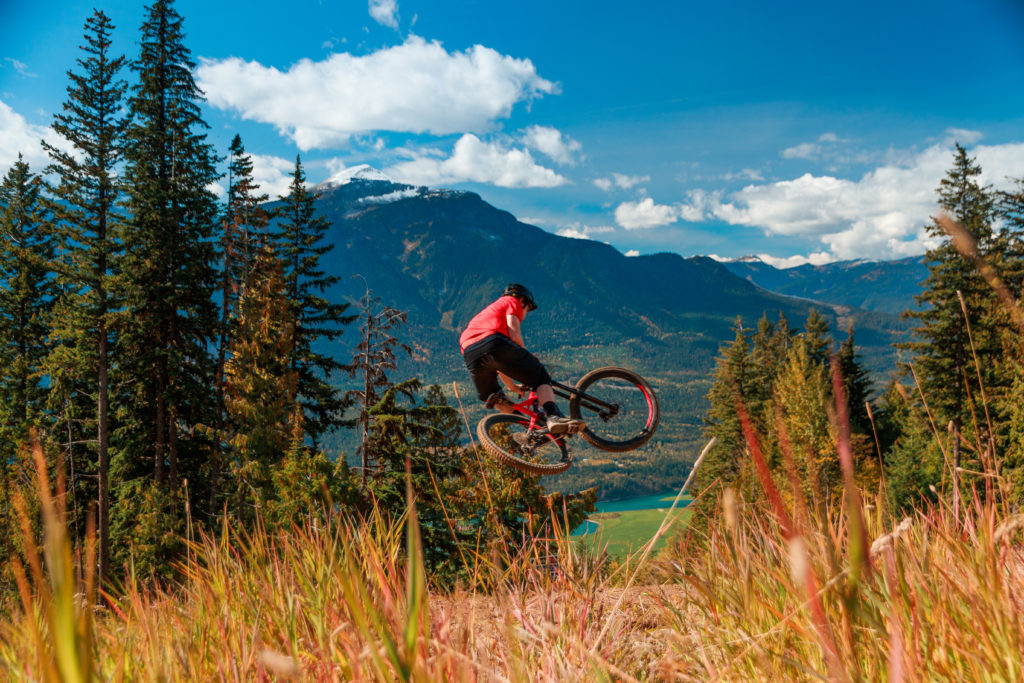