Pop culture has long prophesied that when “the machines” become self-aware, it’s all over for humans. But as the dawn of artificial intelligence (A.I.) starts to change our society, one Kootenay innovator is dispelling that myth.

“A.I. is basically the ability of a computer or machine to act out human traits. Learning is one of those traits,” explains Kevin Urbanski, the CEO of Rithmik Solutions, a Fernie company that uses A.I. to track wear and tear on mining equipment. Based out of the Elk Valley, Kevin, 36, looks more like a chic early 2000s hacker than a CEO: dark and slender with thick black-rimmed glasses and an unkempt mop of equally black hair. 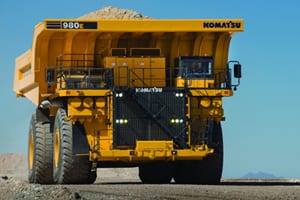 He explains that A.I. is a spectrum; it just means machine learning. His company takes raw data and models it with an algorithm that can learn, and compares that data to ideal operating conditions. In one instance, Rithmik was able to help a client get out ahead of what would have been a whopping $3- to $4-million in repair costs.

What that involves for him – in an enterprise he started just over a year ago that now has four full-time employees and two sub-contractors – is a lot of cloud-based computing to access public domain algorithms and “neural networks.” There are no creepy humanoid robots involved, this A.I., in fact, keeps humans working. Tech solutions like Kevin’s are now improving traditional industries like mining.

“Environmentally, there are lots of opportunities to help make mining better, too,” Kevin adds.

It’s something he has big stake in. He moved from Edmonton to Fernie four and a half years ago, after a work stint there during which he fell in love with snowboarding and mountain biking – things that rely on a healthy environment. He admits Fernie isn’t for everybody, and he sometimes misses the concerts and cultural nuance that city life offers, but more and more of that is coming to Fernie. And with it, also the kind of talent he needs to grow his company. Fernie’s only a short hop from the Canadian Rockies International Airport in Cranbrook, which Kevin says keeps him connected with the world at large while still reaping the benefits of small-town mountain living.

“I love doing a day of work, coming home at four or five o’clock, and then heading out the door onto my mountain bike. It’s my official sport now.” 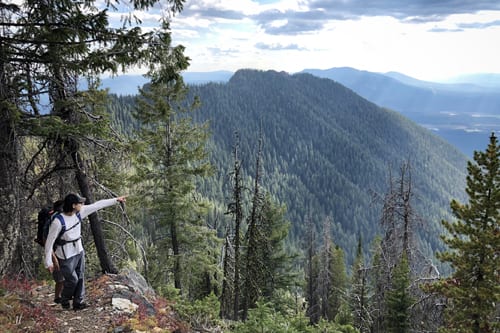 This blog post is part of an ongoing series focused on the technology sector in the Kootenays. It is supported by Kootenay Association for Science & Technology and Imagine Kootenay. Read the next post in the series: From digital desert to fibre optic oasis: The story of Kootenay Lake broadband.