FOMO. Fear of missing out. It’s the little acronym that is single-handedly responsible for many questionable decisions. It’s what made you attend that lame house-party thrown by that guy you sorta think you sorta know. It’s the reason you spend hours of scrolling through Facebook, checking out the profile pics of your friends doing cool things you really should have been there for. And it’s the conviction that your one-room, six-storey walk-up in the heart of a downtown metropolis is the best way to experience the world, the universe, and everything.

I did the city. For years I was in the heart of it. Culture, career opportunities, friends, education, commerce, history, advancement, all-night taco places! It was all there! It was all exciting! But then it wasn’t. The sea of traffic constantly in motion, the unfamiliarity of every face, the creeping cost of living – these were all things that I could gladly miss out on.

Leaving the big city behind and moving to the Kootenays was the best decision I ever made. I’ve been living in Nelson, BC for six years, and I don’t feel like I’m missing out on a thing.

Here are five things you don’t have to worry about missing out on in the Kootenays:

1. Culture. Nelson prides itself as a hub of the eclectic, and that reputation brings some interesting characters to town. It also brings music, art, and theatre. We have two local theatres that are constantly booked for huge showings or performances. We have multiple late-night venues that are always bringing in amazing talents like the New Pornographers, A Tribe Called Red, members of the Grateful Dead. And we can’t forget Shambhala festival, which basically becomes its own 10,000 pop. town every summer. 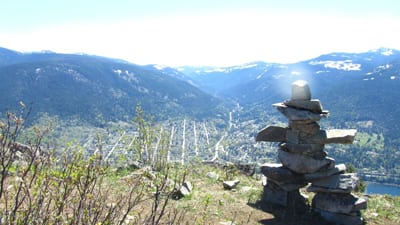 2. Outdoor recreation. Say goodbye – or at least a sincere see-ya-later – to the exercise bikes or stairmasters. Here we have mountains, and we’re not afraid to use them. Whether it’s mountain biking, hiking, skiing, boating, or anything else, there’s no need to escape the city to experience the outdoors. We’re already living in them.

3. A backyard. A few years after moving here, my partner and I bought our very own little character house. And we didn’t need a million dollars to do it. For half the price we would have paid to buy a condo in the city, we were able to get a detached home with a yard and a garden within walking distance of downtown.

4. A career. You don’t have to miss out on that career that you always wanted. Here’s why: fiber internet has been installed throughout the region, giving businesses access to high-speed broadband. It’s allowed many people, while still employed by city-based companies to work remotely from the Kootenays. We’re developing a rich community of urban refugees who have discovered that there are better ways to make a living.

5. The night sky. That’s right. Just look up. Here you can see the stars. 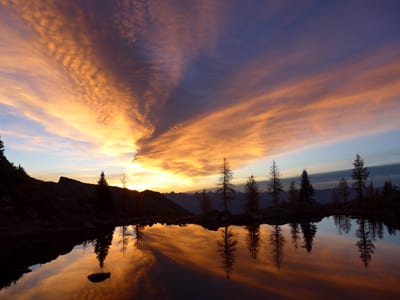