When Brad Pommen pulls up to a business meeting, it’s a bit of a shock. A large man with a shaved head and long beard dismounts a shiny Harley Davidson and struts up in leathers. His vest, emblazoned with his company’s logo – SMRT1 Technologies, matches his heavy black boots. Then, a warm hand-shake and ballad of thoughtful tech-biz prose cheerfully flows from him.

“People don’t expect this big bearded biker to be in the technology game,” he says laughing. “When I talk, I really command that presence. Because I want to be evangelical about technology, I want people to be connected to it.”

Originally from Southern Alberta, Brad studied computer programming at the Northern Alberta Institute of Technology and worked in Edmonton for 10 years before moving to Nelson.

“I wanted to go somewhere I could live, work and play,” he remembers. “Nelson is where we went camping every summer. So, I thought, why can’t I live here?”

He found a job programming with Kooteany based Tarasoft (now Core Logic), but his extra-curricular activities kept growing. Within his first year in town, he started a technology club that’s gone from 15 to 500 members, championed meetups, space for makers, and collaborated on empowering tech adopters in 13 other communities. He connected so many people that when several local economic-development engines launched the MIDAS fabrication lab in Trail, they picked him as a director. 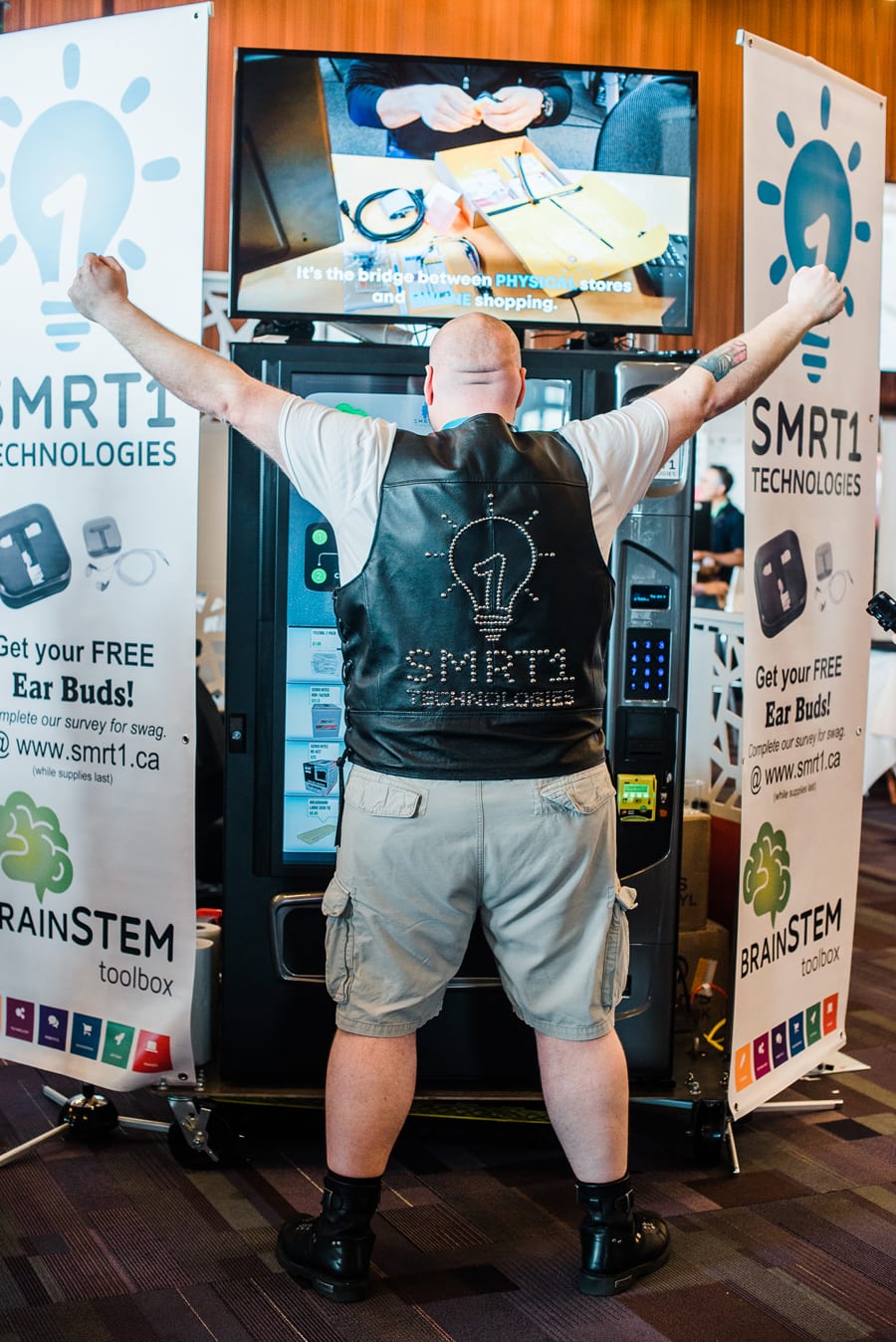 MIDAS provides prototyping and fabrication space to commercial and individual members to develop their products before taking them to production. Over the last couple years, after Brad was done running the facility 30 hours a week, he spent another 10 to 20 hours using it himself. He built SMRT1, a company that makes digital-interface “smart” vending machines that log data and connect to the internet. They can sell anything, but one of the most interesting applications is to fill them with build-it yourself tech kits for kids.

SMRT1 currently employs 10 people – three full time and seven as contractors – and is about to go into full production. Brad is also still director of MIDAS, and still helping tech grow all over the Kootenays. At the end of the day, he credits a lot to being exactly where he wants to be.

“Everyone on the continent should be pushing for technology centres in more rural places,” he sings, “because people want this lifestyle.”

This blog post is part of an ongoing series focused on the technology sector in the Kootenays. It is supported by Kootenay Association for Science & Technology and Imagine Kootenay. Read the next post in the series: Silverton wunderkind brings coworking to the Slocan Valley.