Does anybody pay with cash anymore? Even if they do, Richard Vienneau’s got it covered. The Ontario-born Kootenay convert’s been working in point-of-sale (POS) solutions since 1997, and out of Kimberley since 2007, bringing cutting-edge systems to market from the wild and free Columbia Valley.

If you’re wondering what POS is, (no, it’s not your dad’s old Ford) it’s the software that runs the machine that swipes your card. It’s also the software that tracks inventory and sales. In the past, these were separate systems, until folks like Richard got savvy. In 2012, he created POS-n-go, an all-in-one app that linked everything into a single portable payment terminal.

“The idea was you could bring it to a market or fair and still be tracking inventory, all on a small payment terminal,” he explains. “But the initial solution was on a small screen.”

In 2015, Richard ported the software over to a tablet, and the rest he says is history. Using the Android platform, today, POS-n-go is in everything from retail outlets to restaurants and salons from coast to coast. Meanwhile, Richard’s right where he wants to be, seated amongst placid wilderness in a humble mountain town of 7,425 people in the sunniest climate in BC – 300 days of sunshine per year.

“It absolutely is a unique thing,” he says. “To be able to have a fairly technical job and to be able to do that in this pristine location is an amazing combination.”

Like the team of three he employs, Richard adores Kimberley for the skiing, hiking, camping and even quad-riding opportunities. If it’s outdoors, he’s into it. And in Kimberley, it’s literally right out his door. Along with many others’.

“I’m definitely seeing a lot of interesting things happening in Kimberley,” he says, explaining that these days all a digital business needs is fast internet and it can be anywhere.

“The vibe of this town has changed dramatically in the last few years. The Platzl at one point was pretty quiet. Now every retail space in there is taken up. All sorts of technology-based companies are starting to pop up. Combined with being able to earn a decent living, it’s the best place to live on earth in my opinion.” 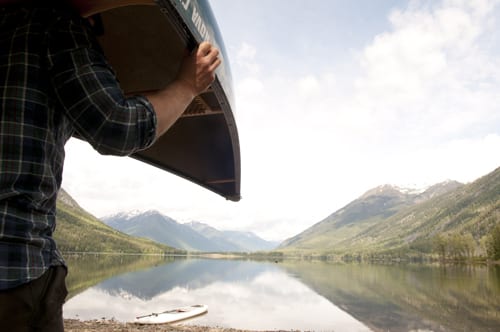 This blog post is part of an ongoing series focused on the technology sector in the Kootenays. It is supported by Kootenay Association for Science & Technology and Imagine Kootenay. Read the next post in the series: Invermere couple taps Kootenay lifestyle to accelerate global business.