Now’s your chance to own a piece of the Powder Highway! One of the oldest ski hills in North America, boasting some of the best snow just about anywhere, will be looking to raise funds through crowdfunding.

“Fight the Man. Own the Mountain.” RED Mountain makes history letting fans own a piece of paradise. 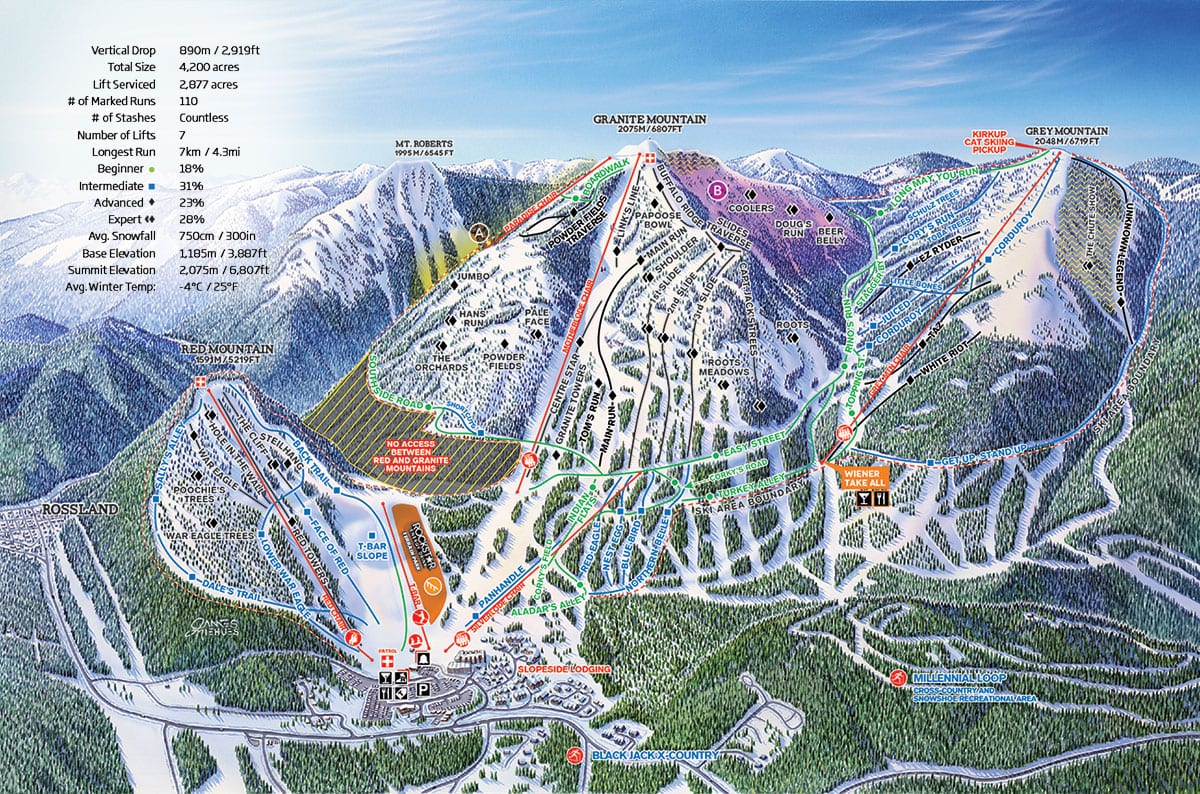 Skiers and snowboarders can help make history thanks to RED Mountain Resort and StartEngine.com. In an effort to buck the trend of MegResort mergers and acquisitions the storied Canadian resort, located in Rossland, BC in the West Kootenay, is taking its campaign for capital to the people instead, via equity crowdfunding.

“RED started as a ski club that was owned by the community,” explains RED CEO Howard Katkov. “You can feel it in the spirit of the place, the camaraderie, the spark. We have done everything in our power these last 12 years to keep that flame alive and this campaign is the latest expression of our intent to keep RED independent and thriving. We’re ‘ReBooting’ the Red Mountain Ski Club Community Ownership Model from 1947—only this time the clubhouse will have wireless!”

Looking to RED Mountain loyalty rather than corporate acquisition

RED Mountain will test the crowdfunding model along with the loyalty of their fans and customers by attempting to raise between $5 million and $10 million to secure the resorts future avoiding the fate of other mountain resorts who were forced to look to corporate partners or outright acquisition.

RED Mountain is the oldest ski resort in Western Canada with a history stretching back nearly a century. When the creaky lifts started turning in 1947, ski hills were woodsy, adventure escapes available to anyone with a pair of boards wanting to experience the powder and the crisp, fresh mountain air… not the shopping or cappuccino concierges.

Over the past 20 years there’s been a shift, with the Vail/Whistler purchase ($1.4 billion) the most recent example of a trend continuing to grow. RED wants to see if they can do things differently, holding on to the early traditions of the mountain as well as the sport, while moving forward providing modern services in demand by today’s clientele.

“Own a piece of everything.”

The plan intends that participants buy a share certificate, which Katkov said represents ownership in the total asset base of RED Mountain, including “undeveloped land, chair lifts, lodges, everything.”

“You own a piece of everything.”

“They’ll get perks like lift tickets and membership to a club house.”

The Resort maintains that their independent, community-centric approach is backed up by the strength of their numbers with last season RED’s best fiscal year ever. Lift ticket and season pass sales along with lodging all increased; the total EBITDA came in 220% greater than any previous record-breaking year’s results; and, total revenue 11% greater than any year in the 67 years since proper bookkeeping was instituted.

Be sure to check out the video and head on over to StartEngine.com to see how you can help make the RED vision happen!