Brent Malysh of Nelson, BC lived the classic entrepreneurial stereotype. It all started over a beer, a chat with friends, and the famous backside of a cocktail napkin.

The better part of a decade later, this former ski school manager is just about to realize his dream.

Early in 2017, the latest new piece of awesome will arrive in Nelson, BC. All things continuing to go well, Backroads Brewing, the first brewery lounge in town, will open in the heart of Baker Street

From idea to business plan, Brent and his partners are in the middle of making that idea a reality. This story, is one about having big ideas, taking the time to plan them out and then having the courage to just going for it.

This episode was graciously supported by Yule Anderson 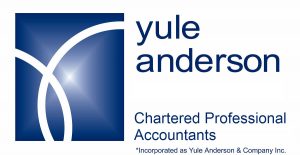 About the podcast: The You can do that here! podcast was created and produced by Andrew Zwicker of AZcreative for the Kootenay Association for Science and Technology. The podcast is a weekly series of conversations with some of the most innovative and successful entrepreneurs