Six short months ago my husband, daughter and I left our home city, family, and friends and moved to Nelson, BC. We knew Nelson had character, a spectacular mountain setting and lots of recreational opportunities, but of course, there were some surprises. 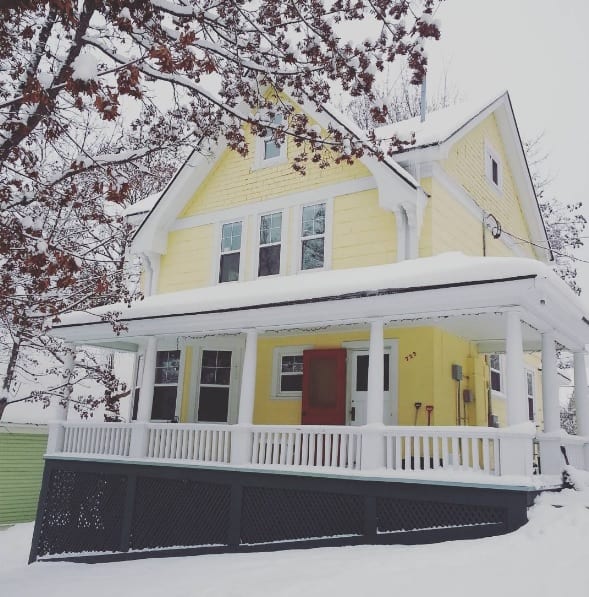 2. Old homes – Coming from a city where everything is torn down – no matter how beautiful, it is refreshing to walk through Nelson’s neighbourhoods and see that old Victorian homes, and a surprising number of art deco homes, are still standing.

3. Record stores and a video store– As music lovers who still buy vinyl, this was a major plus. There are two record stores in town, Eclectic Circus and Packrat Annie’s. Both have a great selection of new and used vinyl, and clerks who are as excited to talk about music as you are. Nelson is also unique for having a video store. Reo’s is no corner store operation. With over 15,000 titles, including many foreign movies, this place is a dream for cinephiles.

5. The Pride Parade – Though smaller than in a place like Vancouver, the Nelson Pride Parade is an impressive and exuberant display of love, to and from, the LGBQT community.

6. Hugs and Slugs– The local newspaper The Nelson Star has a feature that I believe keeps the town civilized. If you think you can get away with tailgating and littering, think again! You’ll be soundly slugged. If on the other hand, you show an act of kindness, you will be virtually hugged.

7. Post-secondary schools – Nelson has a large number of post-secondary institutions. From philosophy to textile design, to massage, to business, this town has all your educational and career pursuits covered. 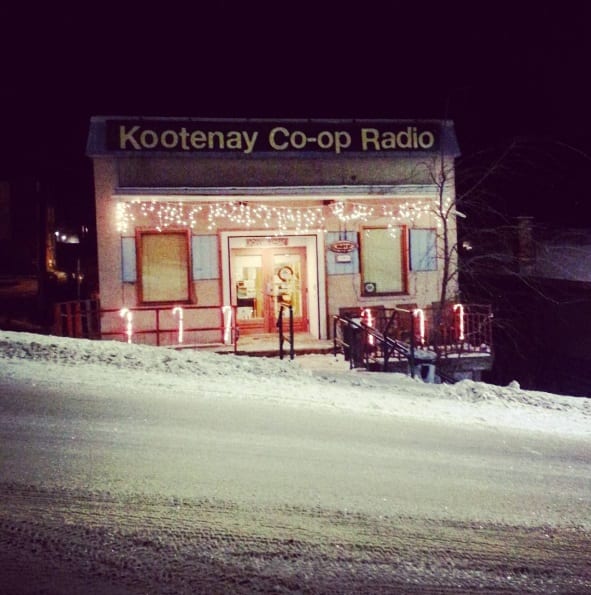 8. Really good radio – The local co-operative radio station CJLY, might be largely run by volunteers but it is a tightly run ship with excellent programming. When we first arrived in town, the radio was like our first new friend, it let us know that we’d find our people here. The more mainstream radio station, Juice FM, plays all the hits and has the most reassuring traffic updates; “Traffic is aaaaall good.”

10. Diverse activities – Circus school, sewing classes, maker classes, cooking, pottery, parkour, boxing, business courses, nordic and downhill skiing, jiu-jitsu, yoga, pilates and almost anything else you can think of are all offered here. This is not a town to be lazy in…there’s just too much to do.

11. Non-competitive mountain culture – I found people to be very encouraging and supportive when I finally got myself onto the bunny hill. There seemed to be a determination amongst all Whitewater staff and patrons that I have the best time of my life. 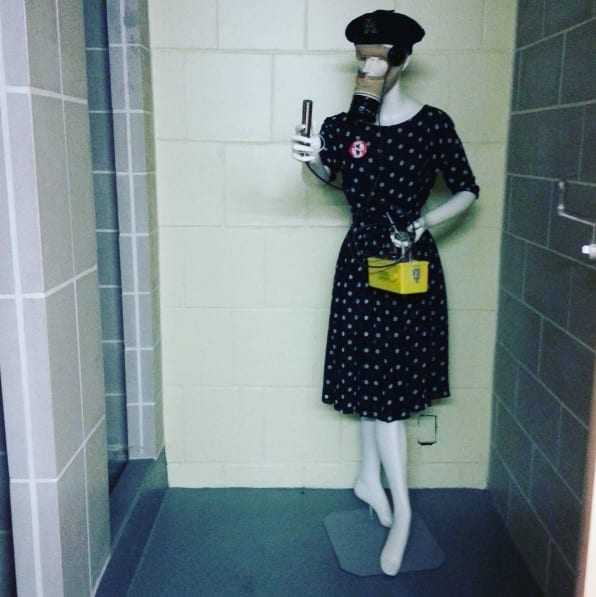 12. The Diefenbunker – the Diefenbunker is one of 50 atomic bomb shelters built in Canada between 1959-61. Located in the basement of the Grey Building, it has a decontamination room (showers), sleeping quarters, a kitchen with dried and canned goods, first aid supplies, and playing cards. It feels like a relic of the distant past….but that might change.

13. Wizards – It’s not uncommon to see a wizard strolling through town…or two…or three.

14. Wild turkeys – The Kootenay Lake area has a flourishing population of wild turkeys. They were introduced in the 1960’s from the southern states in an effort to help conserve the bird as it was dwindling in numbers. They have taken to the area and seem to be doing just fine. 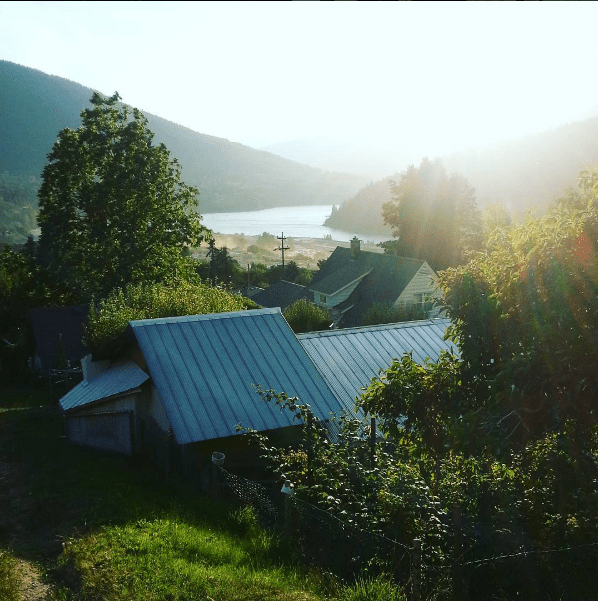 15. Orchards – Head up the hill in Nelson and homes will gradually thin out and you will notice that many yards have fruit trees that are well tended and evenly spaced. These are the remnants of old orchards that used to grace the hills of Nelson.

16. Cougars, bears and a cheetah? – Bears especially are everywhere. You’ll find them lolling around in people’s yards eating fallen hazelnuts and fruit. While they are very cute, you basically have to keep your garbage inside for 9 months of the year, and forget putting out a bird feeder! A few years ago a rogue cheetah was spotted along the shores of Kootenay Lake.

17. The forests. – If you visit the Kootenays in the fall you will notice that the forested mountains have ribbons of multi coloured trees. Kootenays forests have the most diversity of tree species in BC. Deciduous trees such as Birch, Aspen and Maple are mixed with conifers such as Hemlock, Cedar, Larch, Ponderosa Pine and Douglas fir. This diversity is also apparent in the abundant wildflowers – some native, some introduced. Beginning in spring, road and hillsides are festooned with flowers, from the spring show of lupines to the summer displays of sweet pea, chicory, mullein and Indian paintbrush. 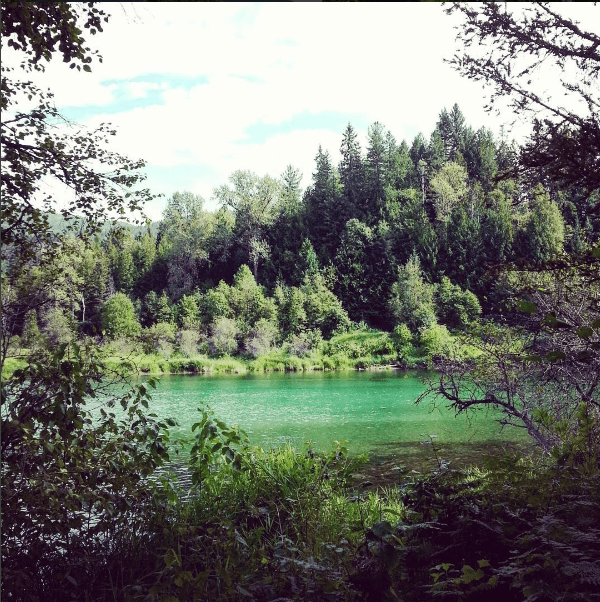 18. The green lake and nearby rivers – From town Kootenay Lake often looks a deep smokey gray, but when the sun is shining and where the lake widens it is a beautiful jade green. The nearby Slocan River is even greener. When I showed a friend a picture of the Slocan River, the friend asked: “Do you live in the Shire?” Sometimes I think I do.

19. The inter-connectedness of the Kootenays – Despite the diversity of Kootenay towns and cities and the fact that each one has its own unique vibe, there is a universal spirit that links Kootenay communities. Beyond economic linkages, there is a deep appreciation for the region as a whole.

20. Work and business opportunities – My partner and I found work quickly and a quick glance at the Imagine Kootenay work page shows a diversity of work sectors. From tech to engineering to administration, to health and education, the Kootenays is a great place to continue your career. For entrepreneurs, Kootenay towns have an incredible infrastructure for supporting local businesses.