At first glance, galena is a fairly boring mineral: opaque, dull, black and brown. If you saw it in the wild, you might not even look twice. But that crystal-y compound is nonetheless responsible for many of us being here. Veins of the ore once coursed through the Kootenays like the dark arteries of a giant. When the world industrialized at the turn of the 20th century, galena became a truly important resource thanks to its lead content. You could make batteries, antennas and electrical circuits from it, and the we had it en masse.

Over a hundred years later, there’s not much of it left, but its legacy is all around us: in the technological advancements that reshaped the world, and in the towns that came from the mines. For the city of Kimberley, whose Sullivan Mine once employed up to 65,000 people, the real mother lode has turned out to be what a perfect place to live it it is.

Bookmarked by the Purcell and Rocky Mountains, the quaint village of 7,425 – with its pedestrian downtown – sits in the broadest plain of the Columbia Valley and is the highest city in Canada. Fed by an abundance of rivers and lakes, it also absorbs over 300 days of sunshine a year. Today, in place of the old Sullivan Mine is Western Canada’s largest solar power plant: the Sun Mine. In place of their old North Star mine, is one of the best family ski hill’s in BC. There are also three golf courses, hundreds of kilometres of trails and the most valuable resource of all: people. 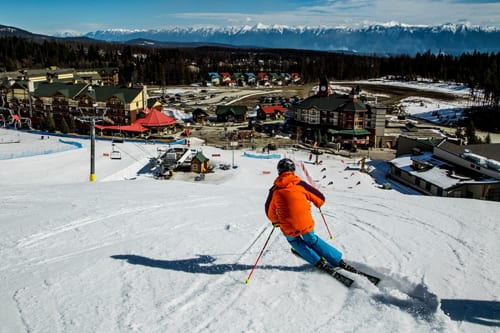 Rediscovered by a mobile generation of entrepreneurs at the cusp of its potential decline, Kimberley is now expanding faster than any city in the region. Between 2011 and 2016, it grew by 11.6 per cent – 6.6 per cent above the national average. But it hasn’t always been that way.

“When the Sullivan mine closed in 2001,” explains Mike Guarnery, manager of the chamber of commerce, “then the hospital closed, and the courthouse, and the employment centre – all within a year and a half. That was a pretty dynamic change.”

Thankfully, by 2001, the town had already started to diversify by leaning on tourism. In the wake of mining’s departure, it became obvious the city had to ditch the campy Bavarian theme it had previously adopted, and look for a new identity. Now a cheap unassuming locale in the middle of the BC wilderness, it was prime for an influx of gentrifying hipsters. Instead, it got entrepreneurs. High-speed internet, affordable housing, an international airport and access to a regional market of 70,000 drew hundreds of enterprising business people and remote workers who’d been priced out of other centres.

“It had very depressed property values for a while,” says Brett Price, founder of three concurrently booming online businesses now based in Kimberley. “My wife Nicole and I thought Kimberley was ready for a big change, and it was.”

Since then, companies like POS-n-go (a point-of-sale solution company), Brett’s own Suite Apps (a virtual marketing agency), or Berley Skate (which manufactures skateboard decks) have all set up shop, and changed the baseline of Kimberley’s economy. The diversity of tech-enabled industries now begs the question of what exactly tech is. 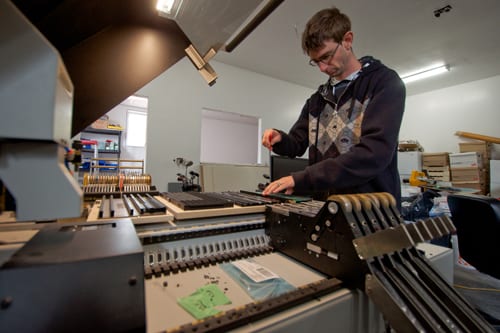 “We know that we’re not just talking about something that’s computerized,” says Mike. “For example, Berley is a manufacturing company, but they use CNC. That’s pretty tech.”

Mike adds that artisans selling their wares around the world over the web is another good example. The recurring theme here is empowerment. Now that the Platzl (the pedestrian downtown) is bumping again, Brett’s excited to see the city potentially develop a light industrial park in an area called the Benchlands, a proposal currently being mulled over. In an age where so much work is idea-based, the best way to attract knowledge workers and innovation, it seems, is really just to provide the space and open the door.

“The Kootenays aren’t for everybody,” Brett admits. “But they certainly check a lot of boxes for the millennials and those who are young at heart and like to be outside. … In Kimberley, we are seeing a significant influx of remote workers, everything from designers, programmers and consultants to head designers from Norco Bikes and project managers from Arc’teryx.”

So while the galena may be gone, Kimberley is proving there’s still a mother lode of ideas to be mined in the Kootenays. Or, as Mike puts it, “When you allow people to be themselves, and allow their businesses to be what their plan is, there is a lot more opportunity for success.” 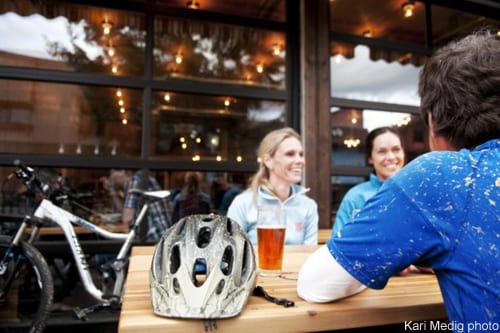