During the fall and winter, many parts of the Kootenays are shrouded in cloud and mist, nurturing North America’s only inland temperate rain forest, and caking the mountains above with colossal amounts of snow. But the region’s brooding moody side is just one of the its many faces. Bump over just one mountain range, and it’s entirely different.

“I was born and raised in Nelson and I’m used to the weather being dark and gloomy,” says Scott Sommerville, chief administrative officer of the City of Kimberley. “But here in Kimberley, it’s beautiful bluebird days most of the time.”

In fact, Kimberley’s Canadian Rockies International Airport records more days of sunshine per year than any other airport in Canada. That’s why, in 2015, the city tapped the sky to become the proud owner of Western Canada’s largest tracking solar array – one whose panels shift to follow the sun. At peak daylight, Kimberley’s SunMine produces one megawatt of electricity: enough to power over 200 homes.

To understand the significance this project, you first have to understand the story of Kimberley itself. From 1892 to 2001, it was the site of the largest lead-zinc mine in the world – the Sullivan Mine, which was the town’s main economic engine. “For Kimberley workers, it was pretty much guaranteed, when you finished high school you would go to a six-figure job at the mine,” Scott recounts. “Kimberley had the highest per capita income in Canada for a long time, because the mine was such a going concern.” 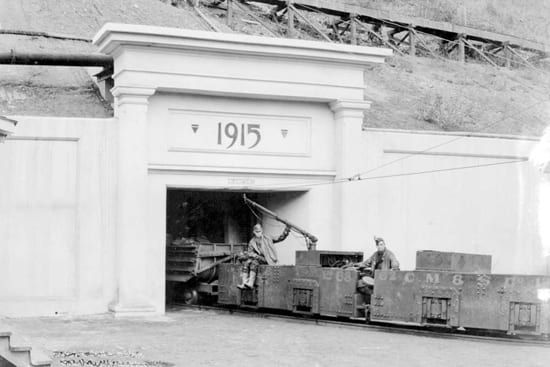 But, as happens, the minerals eventually ran out. Then the economy lagged, and Kimberley had to reinvent. The city began to diversify by leaning on tourism and other industries, like tech, and bounced back with a modern vibe. So when an insightful consultant from Vancouver pointed out the solar resource above, and that the old concentrator site from the Sullivan Mine – now a remediated “brown field” – was the perfect place for a solar plant, the city jumped at the opportunity to do something different. Scott remembers, “When I came in June of 2013, part of the reason was I wanted to work on this project, I wanted to build the SunMine.” He recounts that his grandmother was moved off an arable flood plain when the river valley she lived in was dammed for hydro power, decades ago. As have been many First Nations. “I know we’re running out of rivers to dam in the Kootenays, and yet we have an unending amount of southern-facing slopes.”

Fifty percent of British Columbia’s power comes from the Kootenays now, and the region is a net exporter. But almost none of that “green” energy goes to nearby Alberta – a province that’s hooked on coal. This is where Scott believes the future of the SunMine lies, and why it could be 200 times bigger. “If we could help Alberta wean themselves off coal by having a transmission line from the bread basket of electricity generation in the Kootenays, we could kick start a whole new industry in the Kootenays.”

Today, the SunMine is largely automated, requiring the care of only a small handful of electricians. But what’s more important is it’s currently paying for itself, even netting a small profit, and not costing the people in town a penny. The plant has a contract with BC Hydro to double in size, but the scope of the project has proved to be beyond what a municipal government can handle. In October of 2018, the citizens of Kimberley voted to sell the facility to Teck, the company that owns the land it sits on, to ensure the expansion goes through. 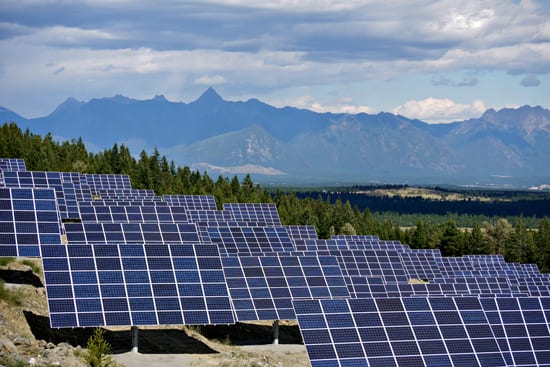 More than the electricity or small revenue the plant produces, though, what the SunMine symbolizes has come to have the greatest value. “It has been amazing for publicity,” Scott says proudly. “Anyone who forgot about us, it’s brought Kimberley to the front of mind right again, across Canada. We’ve received awards and recognition.” It’s also helped further foster an air of innovation in the little town, as waves of mobile workers sweep rural BC looking for places just like it that will support them and their ideas – coupled with a mountain lifestyle.

“We’ve had a ton of amenity migrants move to town,” confirms Tod Caton, owner of Resort Tours and Transportation, and Simply Powder. “A big part of the draw is the innovative spirit, paired with easy access to the key outdoor capital of trails, mountains and water. I think the town breathes encouragement for new entrepreneurial endeavours.”

Brett Price and Richard Vienneau certainly agree, the two recently moved their separate thriving tech businesses to town, and are quick to call their new home “very forward thinking.” Brett notes, as example, Kimberley’s city council was the first in BC to license a legal cannabis store. The city’s also actively passing its newfound expertise in solar energy on to the Ktunaxa First Nation, which is now building its own solar plants: power from the sun, to the people – in more ways than one.

For Scott, who’s somewhat sad to pass the SunMine on, he’s nonetheless relieved it’ll be in good hands. He’s happy it’ll continue to grow, and that he’s free to dream up something new now. “It’s my baby, so it’s hard in some ways. But I’m excited to get into the next project that makes the world a better place, and is inspirational.”

This blog post is part of an ongoing series focused on the technology sector in the Kootenays. It is supported by Kootenay Association for Science & Technology and Imagine Kootenay. Read the next post in the series: Canal Flats enters the matrix, what comes next?.