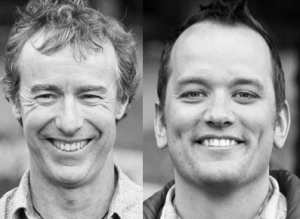 PIVOT – Dictionary.com defines it as the central point, pin, or shaft on which a mechanism turns or oscillates, or the verb, to turn.

Anyone who’s dabbled in the entrepreneurship realm knows that the path from original idea, to end venture is rarely if ever a straight path, and the view from A to Z is near impossible to see clearly. Unexpected events are to be expected. Bumps in the road are natural and common. Often times in the development of a product or service key variables such as market conditions, purpose, function and more can change unexpectedly. Sometimes the inherent value of the product or service you are developing itself can change as new, unexpected and better benefits make themselves more aware.

The truly successful entrepreneurs over time are those that can roll with the punches, cushion the bumps, have some foresight to see around the inevitable bends in the road, adapt to changes, maintain a fluid end point along the journey and in some cases make complete 180 degree turns from where you thought you were going.

Indeed making a pivot in your business from where you thought you were headed to some place entirely new is common among some of the biggest brands of all time. Take YouTube for instance. It was initially designed to be an online dating site. Relatively quickly its founders saw and realized the much greater value of the online video hosting site they had developed as the backbone for the service. Viagra on the other hand was being developed as a heart medication when an unexpected side affect lead them to a major pivot and major “rise” in sales to become a mega brand.

One Rossland based company, Fulcrum Management Solutions made a pivot of its own. Initially founded in 2007 as a management consulting company, enhancing collaboration within and between meetings was one of their core skills. In 2009 they began to develop a software application to augment their consulting practice. Shortly thereafter as we’ll learn, the software itself took over as their primary business. Since then they have gone on to become a pure software business focussing on providing an application to enhance online engagement.

On Episode 5, founder and CEO Jim Firstbrook, along with Dave McLeod, Founder and president of Fulcrum Management Solutions let us know how they found their true value proposition and how you can do it to.