What started out as a skin care and bath product business radically changed direction and has turned into a booming laminate cutting board business for Nakusp citizen Aidan McLaren-Caux.

McLaren-Caux had followed friends who had moved to Nakusp and put his 10 years of experience in the hospitality industry to work at Halcyon Hot Springs. After managing the Kingfisher Restaurant there for five years, he decided it was time for something new and applied for the Community Futures program.

“Community Futures is a fantastic resource,” said McLaren-Caux. “Anybody could do what I did, create something out of nothing.”

Testing the market, McLaren-Caux launched both products at the Revelstoke farmer’s market in April 2016. The cutting boards were the hands-down winner.

“I’d never been self-employed, I didn’t know what I was doing,” he said candidly. But his lack of entrepreneurial background didn’t prevent him from seeing what was succeeding. “People were way more interested in the woodworking.”

So, the cosmetics took a backseat and McLaren-Caux slowly began to accumulate tools and skills to make more of his appealing end-grained boards.

AMC Naturals uses lots of nut, fruit and hardwoods from the Okanagan as well as birch and larch from Harrop Proctor Community Forest Products, sourcing most wood as locally as McLaren-Caux can find it. And with more and more custom orders coming in and continuing sales at markets, he’s has had to hire local people to help with production.

Like many newcomers, McLaren-Caux has fallen in love with the nature-oriented attitude here, and has become heavily involved with volunteering in his new community. Making the time to go hiking, gardening, and biking with his twin boys, McLaren-Caux now has the quality of life he’d been looking for before he moved to Nakusp. 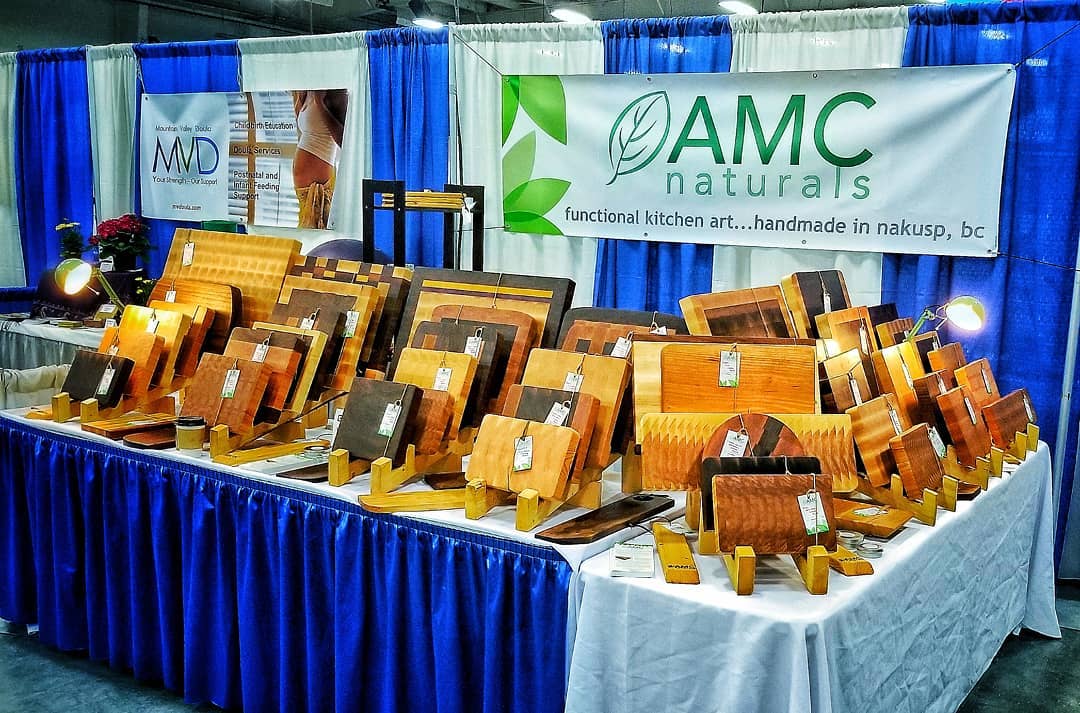 « The Island Restaurant » Your Green Kitchen