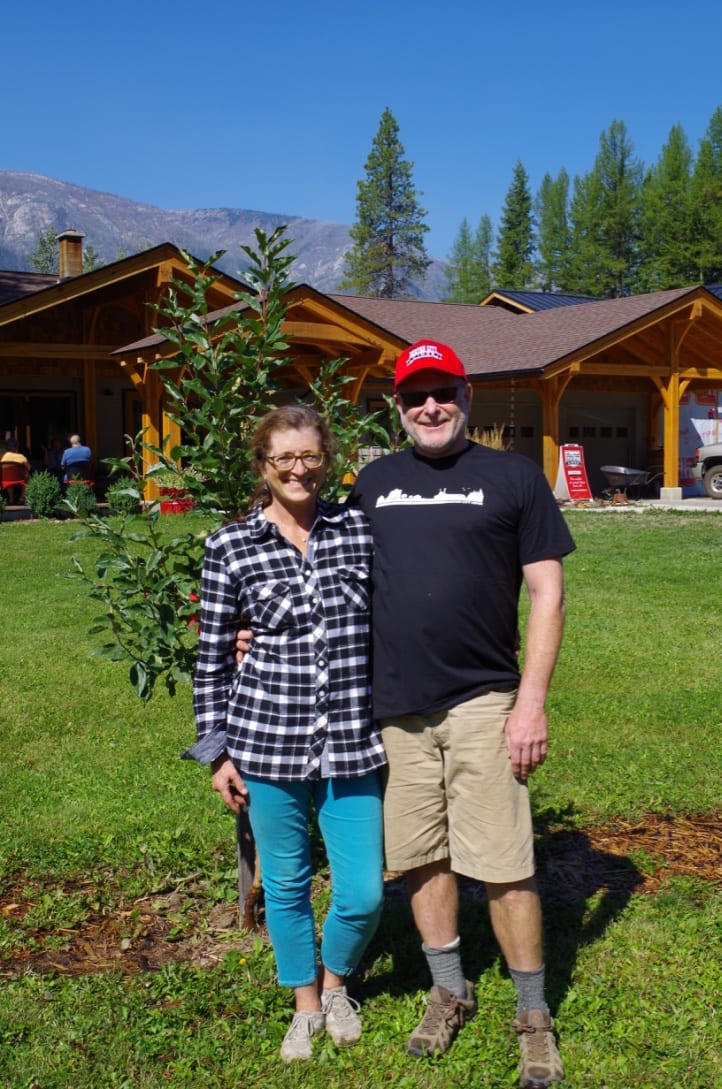 Burton City Cidery’s bright banners and timber frame building stand out on the stretch of highway between Nakusp and Fauquier.

“Alan and I aren’t good at retirement,” said Burton City Cidery’s Barbara Ross. “We wanted to do something fun where we wouldn’t lose our retirement money.” If everything goes according to plan, the Cidery will be adding to the Rosses’ retirement fund.

Alan Ross bought a chunk of property in Burton in 1989, and he and his wife Barbara have been spending summers and planting trees out there for years.

Their very first pressing of apple juice fermented in the back of their truck on their way to Calgary, and unintentionally became their first cider. Fermentation. As easy as sitting in the back of a truck. Well…not quite. The first batch went too far and became a lifetime’s supply of apple cider vinegar for Barbara’s sister’s horses.

The Rosses got serious about trying their hand at making cider and took a week-long cider-making course in Herefordshire, England, and researched traditional ciders. They have a cider apple orchard planted around the Cidery, which will be the foundation for BCC ciders, along with locally-harvested fruit.

Because they love their home on Upper Arrow Lake, they asked themselves what the valley needed: it was clear that the area needs more economic activity, so they developed a business plan for the cidery, and it seemed like it would work. The Burton City Cidery officially opened in May 2016.

The Rosses’ affection for Burton and life in the Kootenays has been returned by the community that supports them as well as the summer visitors who stay in the campground. Sipping a glass of cider and drinking in the surrounding natural beauty is a fine way to live.