As with all things glacial, Glacier House Resort has been a long (decades-long) process. What began in the 90s as a snowmobile tour company grew to include a new lodge in 2000. Today, hospitality and tours run similarly to the Revelstoke Mountain Resort, explains Kellie. “They’re one and the same but have their own profit margins and business to run.” Kellie moved from Australia, selling a pub he owned for 20 years in Sydney, to purchase Glacier House Resort and Great Canadian Tours in 2013. He has spent seven years separating and restructuring the two to ensure they’re standalone businesses. Even food and beverage is treated as a business-within-a-business. He recently renovated the downstairs restaurant into Bootleggers, a cozy 1920s-style underground bar.

It’s 9 a.m. at Glacier House Resort and owner Daniel Kellie has already swapped out a bathroom sink and started on some yard work. Before most guests have finished breakfast, Kellie has usually knocked off some combo of manning the front desk, housekeeping, and maintenance duties split between the resort and its next-door sister company Great Canadian Tours.

“Just making sure everything is tickety boo,” as he puts it, turns out to be a full- (very full) time job. “There’s never a dull moment.”

Of course, being a global pandemic, business is anything but usual. The two companies squeaked by short-staffed, bareboned, and limited in guest interaction. As the guy in charge of it all, Kellie became unofficial caretaker-in-chief of several cabins, hot tubs, dirt bikes and snowmobiles.

Luckily, he says, Glacier House Resort implemented an online booking system with remote check-in before Covid-19, and Great Canadian Tours switched to online waivers. Half of his work was done to reduce touchpoints. He also upgraded rooms to king-size beds to help accommodate groups.

This summer, Kellie was concerned about visitation numbers in the face of Covid-19, but “my God, Canadians have been travelling,” he laughs.

“Whatever I did last year seems to be setting me up for this year,” he said. “That was just lucky.”
The recent economic slowdown has given him a chance to catch up on a million-or-so minor to-do’s—new bedding, curtains and “silly things” he says, such as sinks and drain plugs. (Next up: air conditioning and re-flooring the cabins.)

Most importantly, however, is what he has not changed. Kellie has left the expansive 18-acre property largely undeveloped.

“I don’t want to build anymore,” he said about the small number of comfortably spaced-out private cabins. “I just want to make what we have better.”

What makes the resort so great, he says, is its stunning lodge only 10 minutes from Revelstoke—“far enough to feel remote but close enough to be part of town.”

Kellie says whether it is winter, summer, or sometime in between, the resort is a perfect getaway because it offers activities for any season. “If you don’t like one thing, all you have to do is wait a few months.”

Being hands-on has helped him see from a visitor’s point of view. He recalls his own family’s trips as a kid in southern Germany, jumping on huge beds in a sea of pillows. “It just felt very comfortable … That’s my goal: Make people so comfortable that they don’t want to get out of bed.”

As he’s saying this, an excited family of four goes by on their way to get geared up at the tour centre. The sound of two-stroke motors can be heard revving nearby. Kellie often recommends to guests that they go down some little-known access route to the water or venture to a hidden point for “some of the most epic Canadian scenery you’ve ever seen.”

The company’s winter tenure includes Frisby Ridge, Boulder Mountain, Mount McCrae, as far south as Mabel Lake and as far north as the Downie Loop. It provides ample alpine scenery for all levels of adventurer from young families to adrenaline junkies.

“There’s absolutely no haze up there, it’s crystal clear—sharper than HD” he says. Even for seasoned riders, the terrain can be a formidable challenge. He recommends catching a summit sunset or sunrise. “You can see some good wildlife. It’s a 4 a.m. start in the winter, though, so you have to be up early.”

He speaks from experience. After his first time dirt-biking and snowmobiling in Revelstoke, Kellie was hooked. “I’ve never experienced anything like it. … You get a powder day and can’t seriously move for the next two days. Adrenaline just overtakes everything.”

“Sometimes you just have to stop and think: ‘Hang on, what attracted you to this place—because it’s peaceful,” he said.

While this year’s demographic has already seen a dramatic shift, how exactly the pandemic will affect winter tourism remains to be seen. Normally, November and December highest visitation from Washington and Oregon travelers because Revelstoke gets an early dump of snow.

Kellie says come winter, guests will check in online-only and use their phones as the room key. ‘Bubble groups’ will be encouraged and rental helmets will require a 24-hour cleaning period between uses. “Fortunately, snowmobiling is an independent sport that involves small groups,” he explains, adding cautiously: “I can’t say I’m optimistic or pessimistic about the winter. I’m just going to see what happens.”

As Revelstoke’s tourism industry grows, he laments secret beaches, secret trails and secret spots will inevitably become less secret. It’s about knowing what to share with guests and when to zip it. Glacier House Resort and Great Canadian Tours are about getting away from it all. To this end, Kellie goes about his steady march of improvement like someone polishing a gem — two, in fact — while not telling too many people about it.

“There are some things you just don’t tell anyone about. 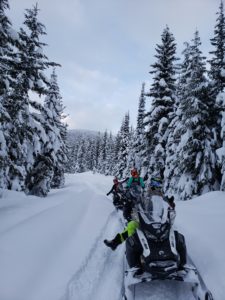 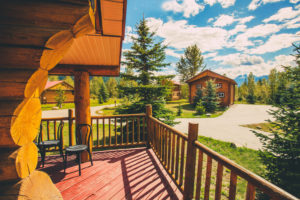 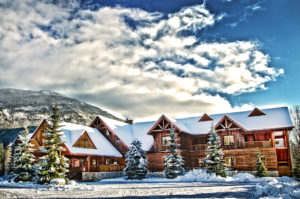