One of Revelstoke’s biggest transformations has taken place largely out of site. In a beautiful haven just outside Glacier National Park, between the train tracks and the Illecillewaet River, the Revelstoke water bottling plant has been rebuilt and is in operation again almost a decade after it was closed.

It was a pile of twisted metal, collapsed under the weight of the snow, when Marke Antonsen of Terra Aqua Marine Services purchased the plant and its accompanying water license in 2015 and began the process of rebuilding it. Despite the state of disrepair, he saw an opportunity.

The water bottling plant is located on the site of a long-abandoned CP Rail community that was once home to 100-or-so labourers, miners, and their families. The town was shut down decades ago but in the late-80s plans were announced for the bottling plant. It operated under several different owners until it was closed in 2009. Then, in 2012, the roof collapsed under a heavy snow load.

When Antonsen bought the plant, he thought about putting a fish hatchery on the site but his plans quickly changed and he decided to rebuild. He received financial support from Community Futures and got to work cleaning up the site and building new. Numerous local contractors and suppliers helped in the rebuild, including Canyon Industrial, Battersby Plumbing, Revelstoke Equipment Rentals, Begbie Inspections, Sure Haul Transportation, Back Country Metal Works, Mackdog Construction, and more.

“There are excellent local trades. Whatever we could use locally, we did,” says Antonsen, who lives on site with his partner Lucia Liu. Two technicians also work at the plant, and they expect to have about 10 employees once it’s fully operational.

The biggest local resource Terra Aqua Marine uses is, of course, the water. As Revelstokians can attest, we enjoy some of the best and most plentiful drinking water in the world, and the source the plant draws from is no exception. “It’s the best water in the world!” exclaims Antonsen. “It’s won awards for the quality of its water under the previous owners.”

The water comes from 10 natural springs located just above the Trans-Canada Highway and fed by the region’s abundant precipitation. Their license allows them to draw 1.2 millions of water per day and Antonsen says the plant will be capable of processing all of it. The water is piped in to the plant, filtered and treated, then bagged or bottled before being shipped out.

The water has a PH of eight, what’s known as alkaline water, and it’s claimed to offer incredible health benefits. It has won awards and was once the official drinking water of the Los Angeles Kings.

“The water that comes out of the hill has no pathogens, no bacteria, no coliforms,” boasts Antonsen. “It is clean, clean, clean!”

Currently, the water is being packaged in five and 10 litre bags by a robot affectionately called Susie. A second line for 500ml water bottles made from recycled plastic will be installed in the coming months. The Italian manufacturers of the equipment monitor the lines remotely, and the techs on site address any issues that arise.

They also have plans to sell CBD-infused water, and are waiting to see what federal regulations are in place before proceeding with that.

The water is being sold and marketed as Selkirk Canadian Rockies, Artesian Spring Water, from Revelstoke, B.C. 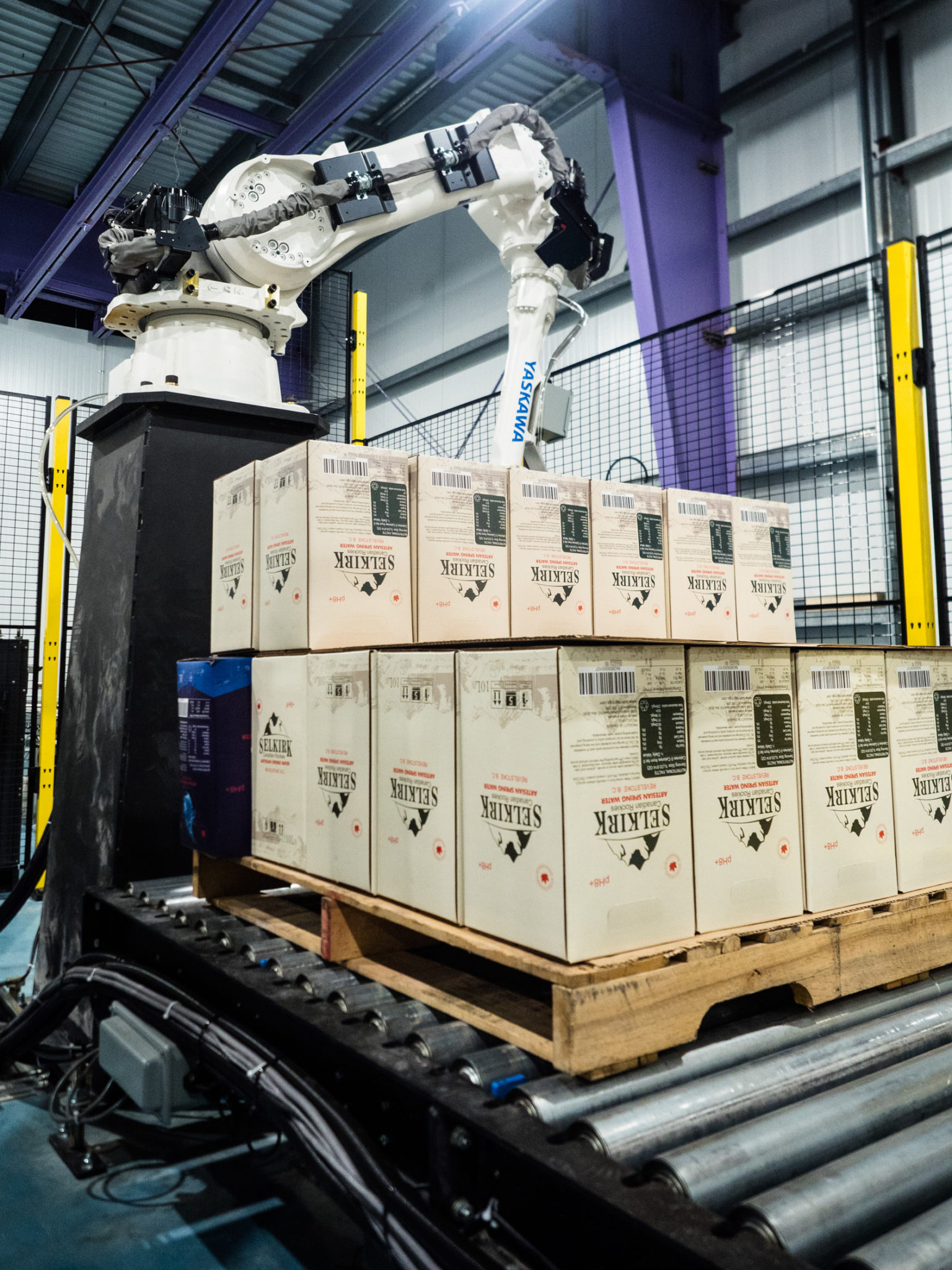