If there’s one business that can stand in as an exemplar of Revelstoke’s burgeoning local food scene, it’s Terra Firma Farm.

Located on Highway 23 South, Terra Firma is a verdant acreage with row upon row of organic produce. Giant leafy chard grows next to spindly bean stalks, while tomatoes and peppers bask in the warmth of their greenhouses and dozens of chickens cluck away in a pen nearby.

“Any flat land, we’re using for vegetables,” said Robert. “Land that isn’t quite suitable for vegetables, we’ve been fencing and using it for livestock, for pigs and chickens.”

Founded 10 years ago by Terra and her husband Robert Jay, the couple has slowly built up the soil on two properties near Revelstoke, expanding their organic farm from one to five acres – with room to double that.

Developing this lushness has required a tremendous amount of work building up the soil. It’s a testament to the agricultural potential of the area, if people are willing to put in the time.

“People always think the land is the biggest obstacle, but I don’t really think it is,” says Terra. “I think it’s your dedication and what you want to put into it.”

Revelstoke’s local food movement has grown with the doubling of the farmers market, the opening of Le Marche, the establishment of numerous urban farms, and events like A Midsummer Night’s Green and the Revelstoke Garlic Festival, and Terra Firma has grown right alongside it.

Terra Firma has been selling at the market since they started growing, selling vegetable starts to local gardeners and locally-grown produce once their own soil starts producing. They sell to local stores, restaurants and backcountry lodges, and have a weekly food box program that supplies 65 families every week (up from 10 in their first year). You can also buy at the farm every Wednesday from 3-6 p.m. To keep their clients happy, they grow about 30 different crops, plus some variations within those crops.

“I think we’re so lucky to have a community that backs us,” exclaimed Terra. “I think any farmer that comes to Revelstoke loves the culture here. They support all the farmers at the market.” 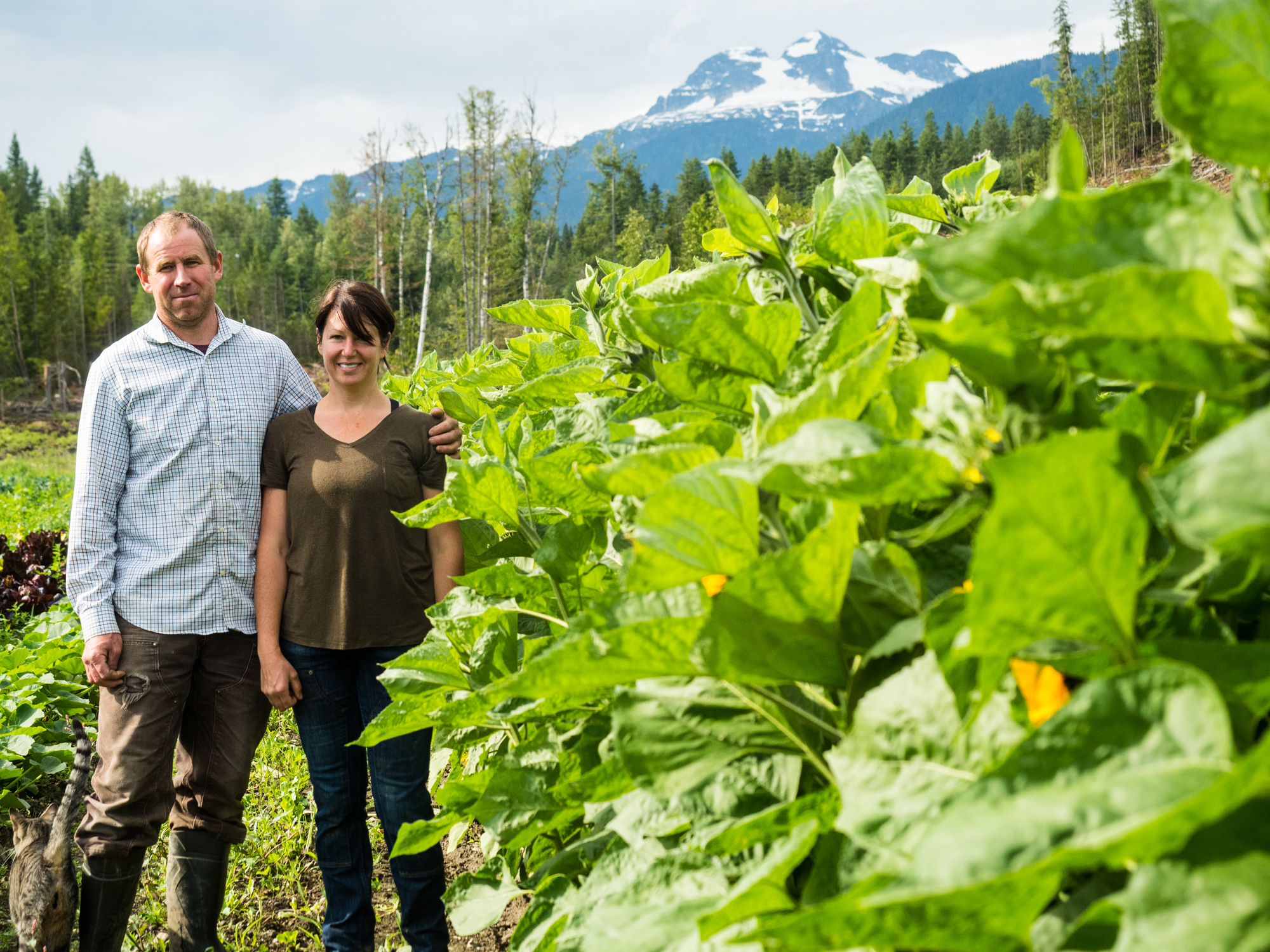