Innovation is a buzz word at the forefront of most of conversations these days. It’s said to be our saviour, and the very notion of it has spawned a kind of religious subculture all its own: people who proudly call themselves disruptors. At the core of this movement is the idea that you can change something so drastically that it renders previous versions of it completely obsolete, and the shift is so jarring that society skips a beat. But innovation, in its essence, is really just a form of solution-finding, and ultimately improves society. It can come in the form of the smallest things, but are still hugely helpful.

It could be as simple as diverting waste streams from an industrial site, offsetting your energy footprint with solar panels, crossing a great distance by going under instead of over a lake, or it could be a new way to keep track your diet. Then again, it could also be something completely revolutionary, like ending the plastic problem. Here in the Kootenays, we have an impressive crop of innovators passionately finding solutions to problems big and small. Some of those solutions are region specific, some are scalable and could affect the rest of the world. Others, might in fact change the world. Here are five hugely impressive innovations happening right in the Kootenay region.

The website Ourworldindata.com says that, as of 2015, there was somewhere between 10,000 and 100,000 tonnes of waste plastic floating in the ocean, not even counting what’s in landfills. If one crafty Rossland businessman is successful, though, that might end soon. Darrel Fry of Advanced BioCarbon 3D has created a type of plastic from trees that breaks down in nature, just as wood does. While we already have bioplastics, they have to be industrially composted, and are brittle. Darrel says he can manufacture heat-resistant plastic so strong you could build and engine piston out of it, and then let it break down in your garden. He can also make carbon fibre with a wood precursor that uses none of the nasty chemicals traditionally associated with that material. We’ll be watching this company closely these next few years, along with all our fury and gilled friends. 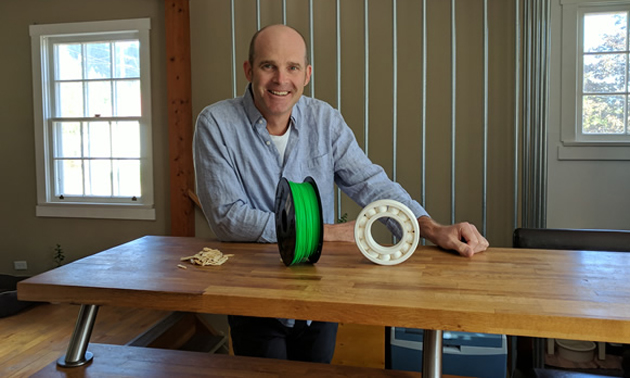 2. Energy from the sun

We’re lucky in B.C. that almost all our power comes from hydroelectric facilities. These have long been lauded as green technology, providing electricity from gravity and water without using any combustion or nuclear material — leaving our air intact. But hydro comes at a cost, too. We have to flood land that’s often arable, and move people off it. We also have to transmit the electricity long distances through power lines. So when the town of Kimberly, whose airport logs the most sunny days per year in Canada, decided it wanted to help offset that burden, they became a leader in their field. They built Western Canada’s largest tracking solar power plant — one that follows the sun during the day for maximum power — on the site of the town’s now defunct Sullivan Mine, and dubbed it the SunMine. When the one resource ran out, they replaced it with another that’ll last 5 billion more years. If that’s not thinking ahead, who knows what is.

For over 100 years, the Trail smelter has been one of the largest facilities of its kind in North America, smashing down ore to make lead and zinc out of it. But for 100 years, the smelter’s also had to deal with the by-products of its operations, which can be toxic and hard to dispose of. Then, in 2015, a born-and-raised Trail tech head with a booming television-personality voice and passion for fishing local waters opened Fenix Advanced Materials. Don Freschi’s new company now repurposes the by-products from the smelter to make ultra-high-purity metals specific to the semiconductor market. Semiconductors are the mouthpieces of digital technology, and the metals Fenix Advanced Materials makes end up inside important tech like x-ray machines and solar panels, instead of just buried in the ground. 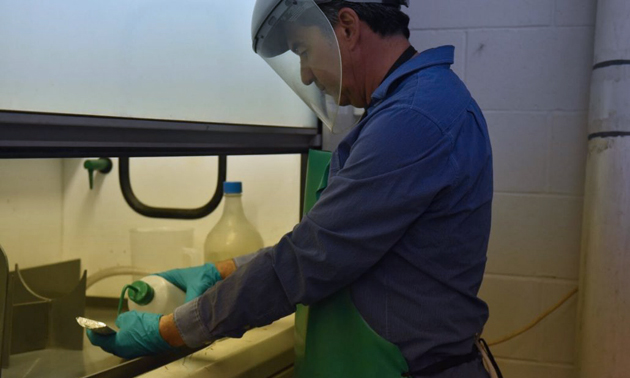 4. Internet under the lake

The world today is all about connection. So when everybody in the big cities switched to fibre optic internet, the Kootenays had some figuring out to do. Previous iterations of the web piggy-backed on existing infrastructure lines, like television and TV cables. So in the Kootenay region, faster internet required a brand-new mode of delivery, over mountainous and heavily treed terrain with few passages. There was also Kootenay Lake in the way. Installing a broadband cable looked to be a less-than-profitable endeavour for a big telecom company, and none expressed interest for what looked like such a small market. The solution was twofold: Columbia Basin Trust — which dispenses royalty funds from the same dammed waters its named for — incorporated the Columbia Basin Broadband Corporation. Next, instead of smashing over the mountains, they went under the lake — with a submarine cable. Now, not only can you get Netflix in Kaslo, you can telecommute to New York.

5. Macro-nutrient Encyclopedia in your pocket

When Aaron Davidson first started coding nutrient data into an application that would allow him to log what he was eating, it was just for personal use. He was trying out a low-calorie diet, and wanted a tool to make sure he did it right. At the time, he was working as a programmer for giant software-development companies in places like California and Ireland. But he missed the mountains. Today, Aaron has 20 people working for him out of his own office in Revelstoke, employed by his hobby app. His musings have turned into what’s arguably the most authoritative consumer database of nutritional information available to consumers — delivered through the portal of your smartphone. Cronometer has had more than 2 million downloads, and continues to grow exponentially each year, with its open-concept office bursting at the seams with young, bright-eyed employees earning great livings in tech in a bucket-list adventure town. And while the app is hugely impressive, perhaps the real innovation here is breaking the stereotype that there are no “real jobs” in ski towns. 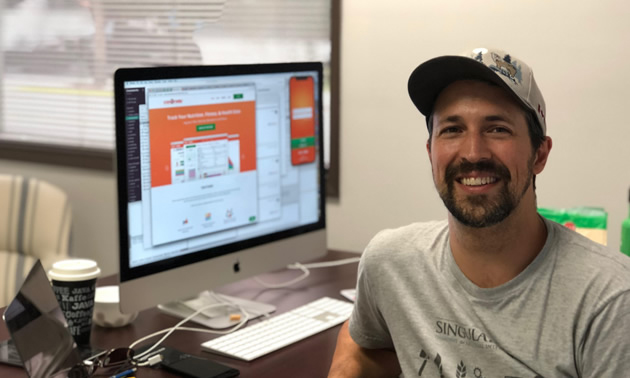 This blog post is part of an ongoing series focused on the technology sector in the Kootenays. It is supported by Kootenay Association for Science & Technology and Imagine Kootenay. Read the next post in the series: Revelstoke programmer hits it big with wildly popular nutrient-tracking app.